He has won the Breeder's Cup a record 19 times and has won a record 14 Triple Crown races. Fillies Lukas has trained have won the Kentucky Oaks four times. Three of his horses - Lady's Secret in 1986, Criminal Type in 1990, and Charismatic in 1999 - have won the Eclipse Award for Horse of the Year. He has won the Eclipse Award for Outstanding Trainer four times. In 1999, the same year his horse Charismatic came withing 2 lengths of the Triple Crown, he was inducted into the National Museum of Racing and Hall of Fame. He was inducted into the American Quarter Horse Hall of Fame in 2007, becoming the first person to enter both the Thoroughbred and Quarter Horse halls of fame.

Born and raised on a small farm, D. Wayne Lukas grew up with an interest in horses. He began training quarter horses in California in 1968 and after ten years of considerable achievement that saw him train 24 world champions, he switched to training thoroughbred race horses. The first trainer to earn more than $100 million in purse money, he has been the year's top money winnner 14 times. Lukas got his big break in 1980 when he won the Preakness Stakes with Codex. His horses have won the Kentucky Derby four times, the Preakness Stakes on six occasions, and have claimed victory four times in the Belmont Stakes , including winning all three classics in 1995 with Thunder Gulch (Kentucky Derby and Belmont Stakes) and Timber Country (Preakness Stakes). making him the first trainer to sweep the Triple Crown races with two different horses in a season. 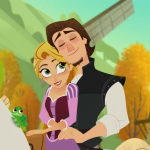